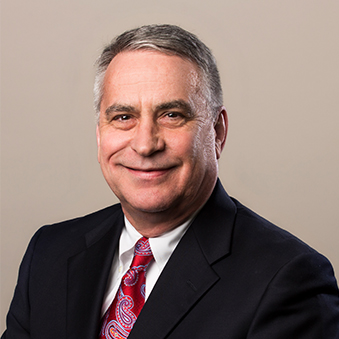 Prior to joining CC Young, Russell worked in public accounting with a focus on SEC reporting companies and bond and equity financing. He also served as the CFO of a public staffing company. Russell, a CPA, earned his Master of Business Administration (MBA) in finance from the University of North Texas and a Master of Arts (MA) in economics from Southern Methodist University. He also holds CASP designation as a Certified Aging Services Professional.

Russell sits on the board of LeadingAge Texas and also serves as the North Texas Network Representative, chairing the Regional Networking Committee in 2017 and 2018. In addition, he’s served on the boards of several for-profit and not-for-profit organizations.

Russell’s favorite ice cream is blueberry cheesecake, and his favorite pie is coconut cream. His first job was delivering a paper route.