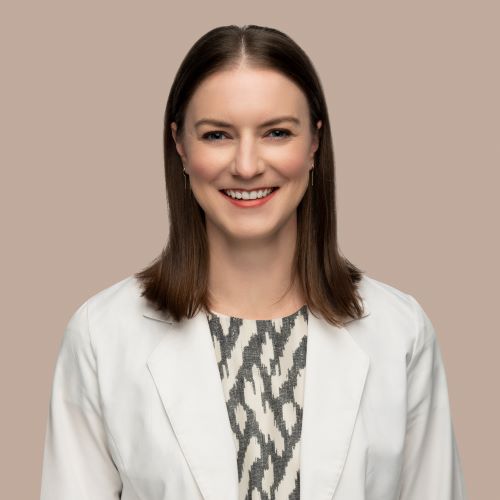 Audrey was born and raised in southwestern Connecticut.  She attended the University of Massachusetts Lowell for undergrad studies and received a BS in nursing in 2006. While at the University, she played soccer for the River Hawks. She became a certified registered nurse in 2006 and traveled the country working as a cardiac nurse for several years. She and her husband, David, moved to Dallas in 2009 to escape the New England winters. In 2012 she began her graduate training at the University of Texas Arlington. During that time she also worked for quality management as a performance improvement coordination RN at Medical City Dallas Hospital.  She received her MS in nursing in 2014 and became a certified adult and geriatric primary care nurse practitioner that same year. She spent the last six years working as a nurse practitioner in the medical observation unit at Baylor University Medical Center Dallas.

The family loves East Dallas most because of the quaint and friendly neighborhood community as well as close proximity to both White Rock Lake and the Dallas Arboretum…which encourages outdoor exercise and activities.  She and her husband have two young sons: Malcolm, 5 and Benjamin, 2.

Outside of medicine, her passions are her children, her home and staying active. She takes pride in making their home a warm and beautiful place to live and she enjoys staying active with the boys. You can find them biking or walking White Rock Lake most days of the week!